A Canadian pilot named Cheval Republique was killed in Bir Billing when his paraglider crashed into a tree near Bir. Cheval was flying solo at the time of accident.

He was taken to the Palampur’s Vivekananda Medical Research Hospital, but he was declared as brought dead. The victim was identified from his passport. The Canadian Embassy in New Delhi has also been informed.

This is the fourth accident of similar kind in the past three years. However a senior official confirmed that the pilot had adequate experience and was allowed after appropriate checks.

Humans of Himachal recommends to do adventure sports only with the qualified professional. For more details about the Paragliding in Bir Billing. Drop an email to [email protected] 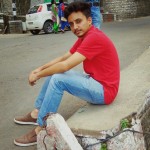 Himachal Pradesh: Three persons killed in a car crash down the hill

Every step can be an adventure

Wish I was the Mountain